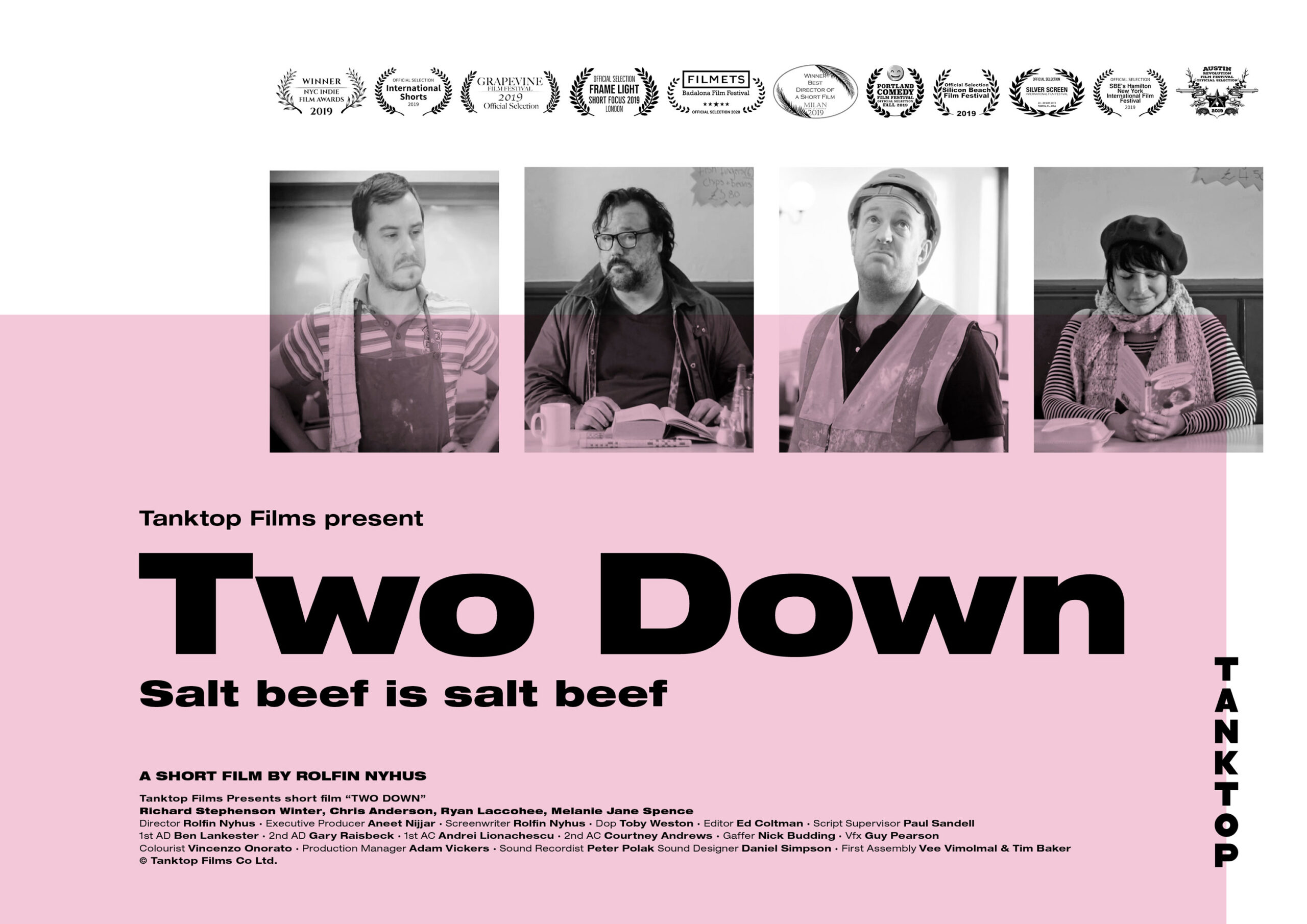 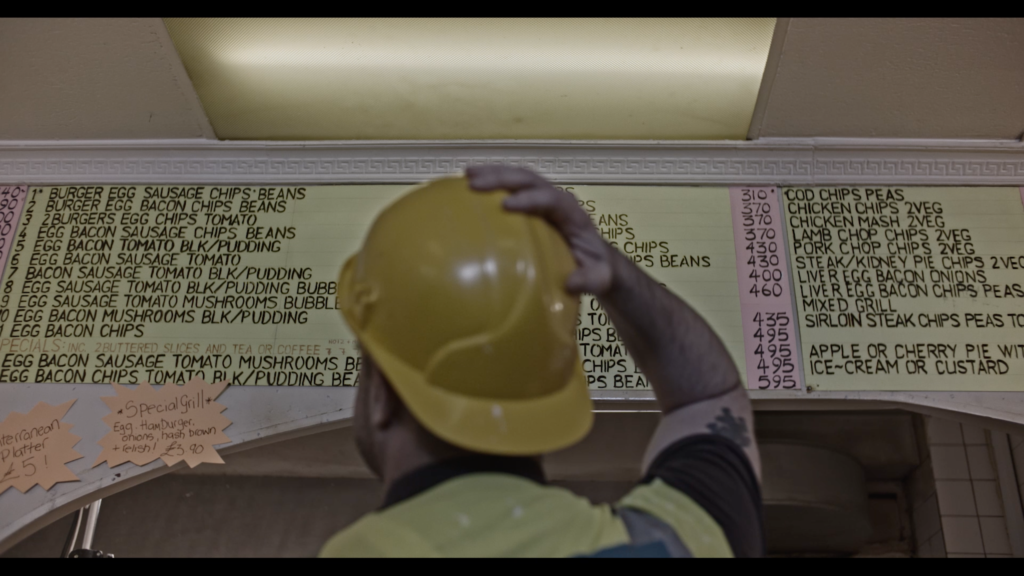 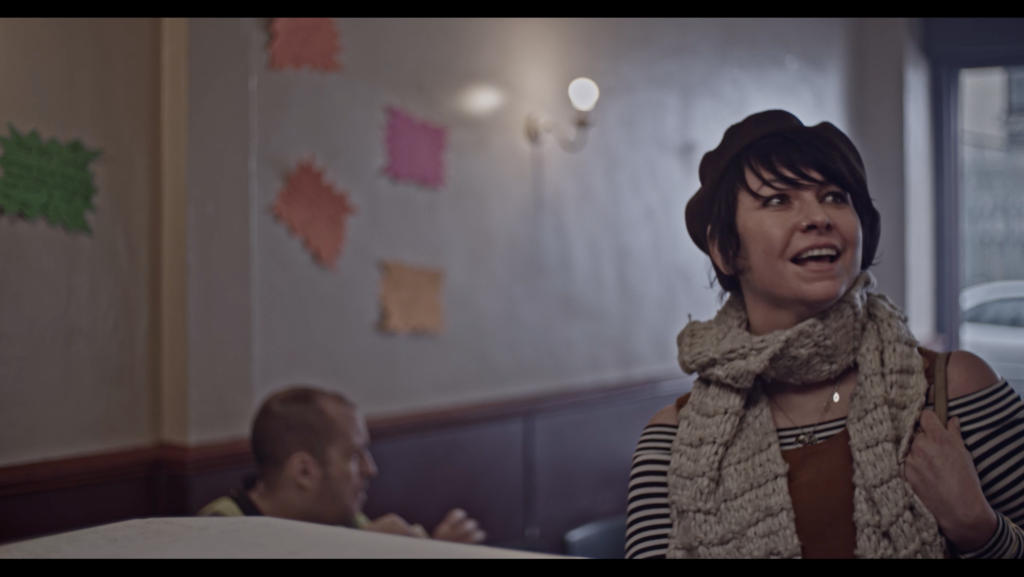 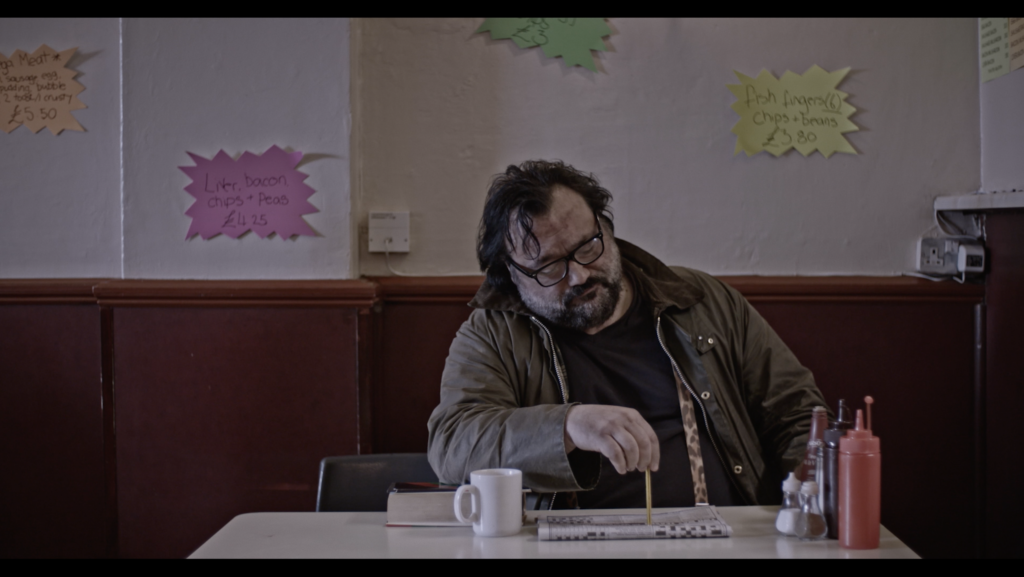 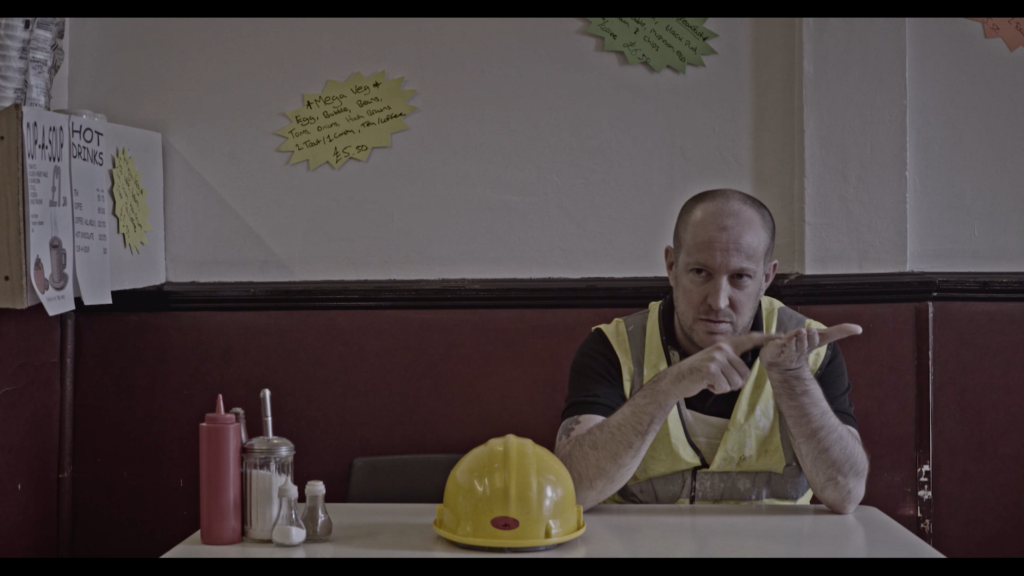 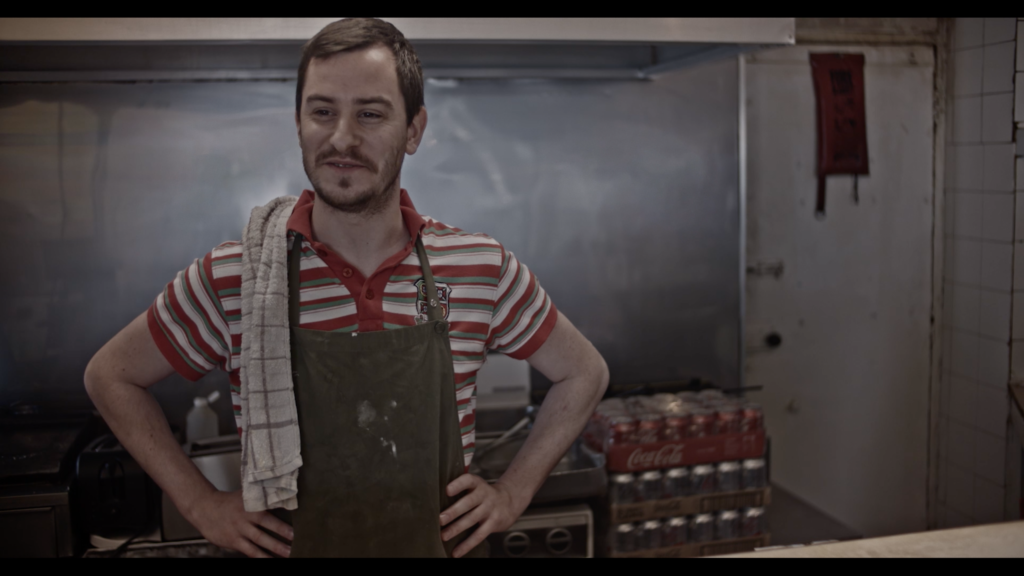 Diggsy, 20-something, is a well-meaning and unambitious lackey working six days a week for an unappreciative proprietor. One of the cafe’s regulars is Derek, 50-60. A pretentious wally with an inflated sense of self-worth who considers himself to be an erudite autodidact.

Derek frequents the cafe daily to sip coffee, show off his knowledge and help Diggsy complete the crossword, despite the fact the activity is having adverse effects on Diggsy’s customer service.

Ms. Mangetout, a hipster that happens to be passing by, pops in for coffee and a platter before quickly realising the gentrifying hordes haven’t yet colonised this pocket of the world.

Tae Kwon Joe is a straight-talking builder working on a nearby construction site. His ability to ‘tell it as it is’ inadvertently winds Derek up as the pair become embroiled in a definition of broiling.

Two Down is a slice of these characters lives, one day in a monotonous chain of others where the only thing changing is the date on the newspaper.